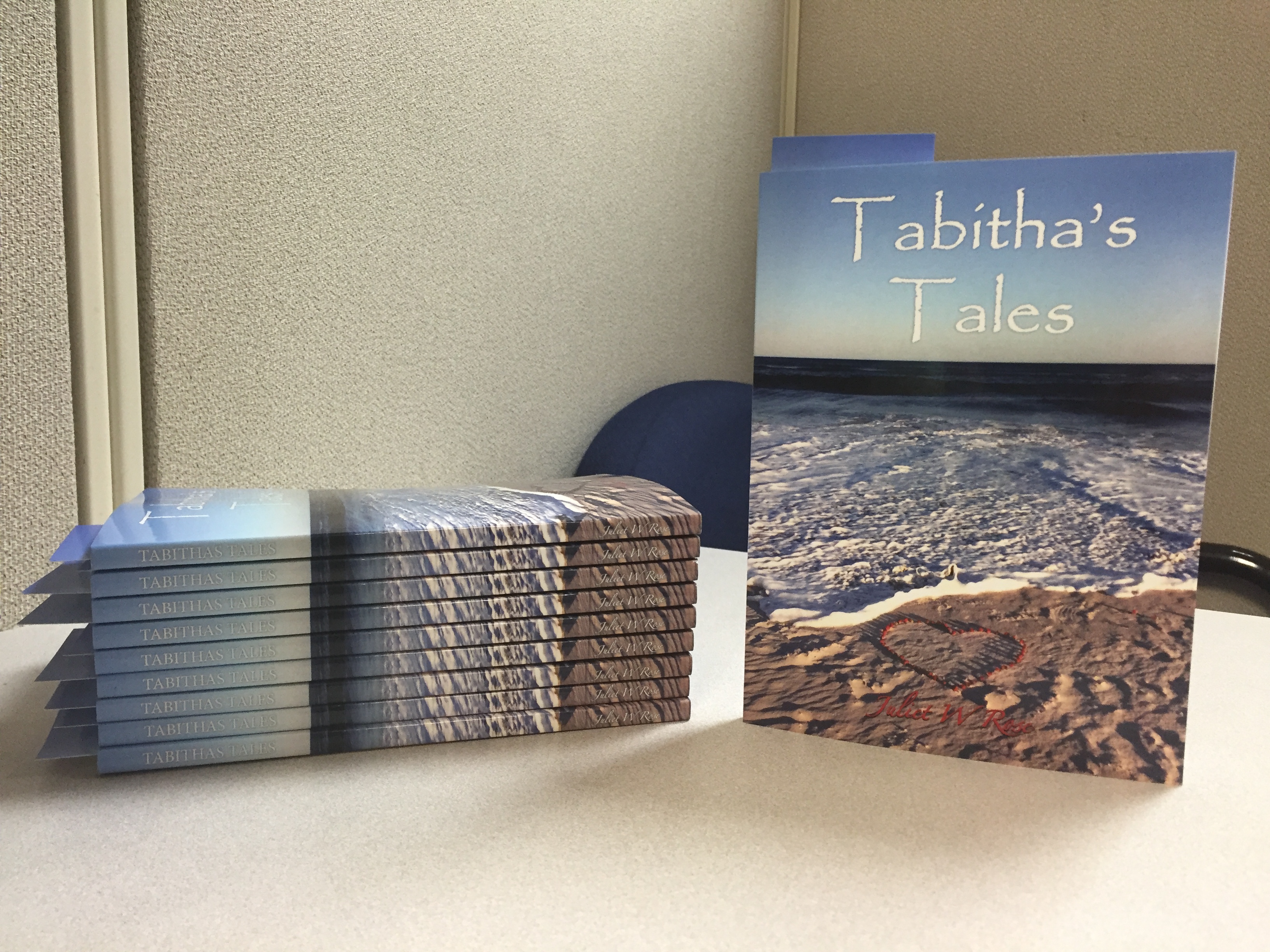 This month we had the privilege of being visited by children’s author Juliet W Rose whom donated 10 copies of her new book, “Tabitha’s Tales,” which features a character in the foster care system. Rose ran a cardiac rehabilitation center until almost two years ago, when a rare infection that affects 1 in 2 million people caused damage to her brain. While many of her motor skills and other brain functions were severely impaired, other areas of her brain began to awaken. She began exploring the worlds of photography and writing.

A mother of two, Rose started a project with her daughter’s graduating class at Saw Mill Road Elementary School in North Bellmore. Rose had children brainstorm and use their imaginations to create vivid relatable characters and then took these characters and unfolded a world for them to live in. The world reveals itself in “Tabitha’s Tales,” through the journal of a young 11 year old girl named Tabitha. The administrators of Saw Mill Road Elementary School contributed as well, naming Tabitha’s school “Azkaban Lane School.” Harry Potter fans will also enjoy that the principal was named Mr. George Dementor.

Rose hopes that the book will inspire young children to keep their chin up when times get tough. “If just one kid picks up my book and laughs, that’s enough for me,” said Rose. “I’m so happy to just be here and I want to share that happiness with children who have their own obstacles to deal with. Appreciating and truly seeing the beauty of life is a lesson I learned after my illness.” For children in our homes, this is a lesson we hold in high regard.

Hope For Youth is dedicated to facilitating positive change in the lives of children, adolescents and families. We provide stable, nurturing, residential care, foster care, preventive and out-patient programs which educate, motivate and empower individuals to become self-sufficient and achieve their full potential.

You can make a difference in our community and in the lives of children, youth and families on Long Island. With your generous donation, Hope For Youth will continue to deliver the Hope For Youth mission in the communities where we live. In December 1969, Hope For Youth was granted 501(c)(3) status.